After my stay in Lyon, I continued on to the ski resort of La Plagne in the French Alps.

I’ve never been to the Alps before. While my friends took ski trips, I grew up with holidays to sunnier parts of Europe. The idea of going somewhere unfamiliar was exciting.

So I found myself leaving Lyon on a train bound for Bourg Saint-Maurice. Traveling by TGV is wonderful - I wish we had similar here in England.

As I arrived at Les Coches, one of the first things to strike me was just how white the landscape is, and the sheer brightness from all the light reflecting on the snow. It wasn’t very cold either: the skies were clear and so many people were sunbathing. 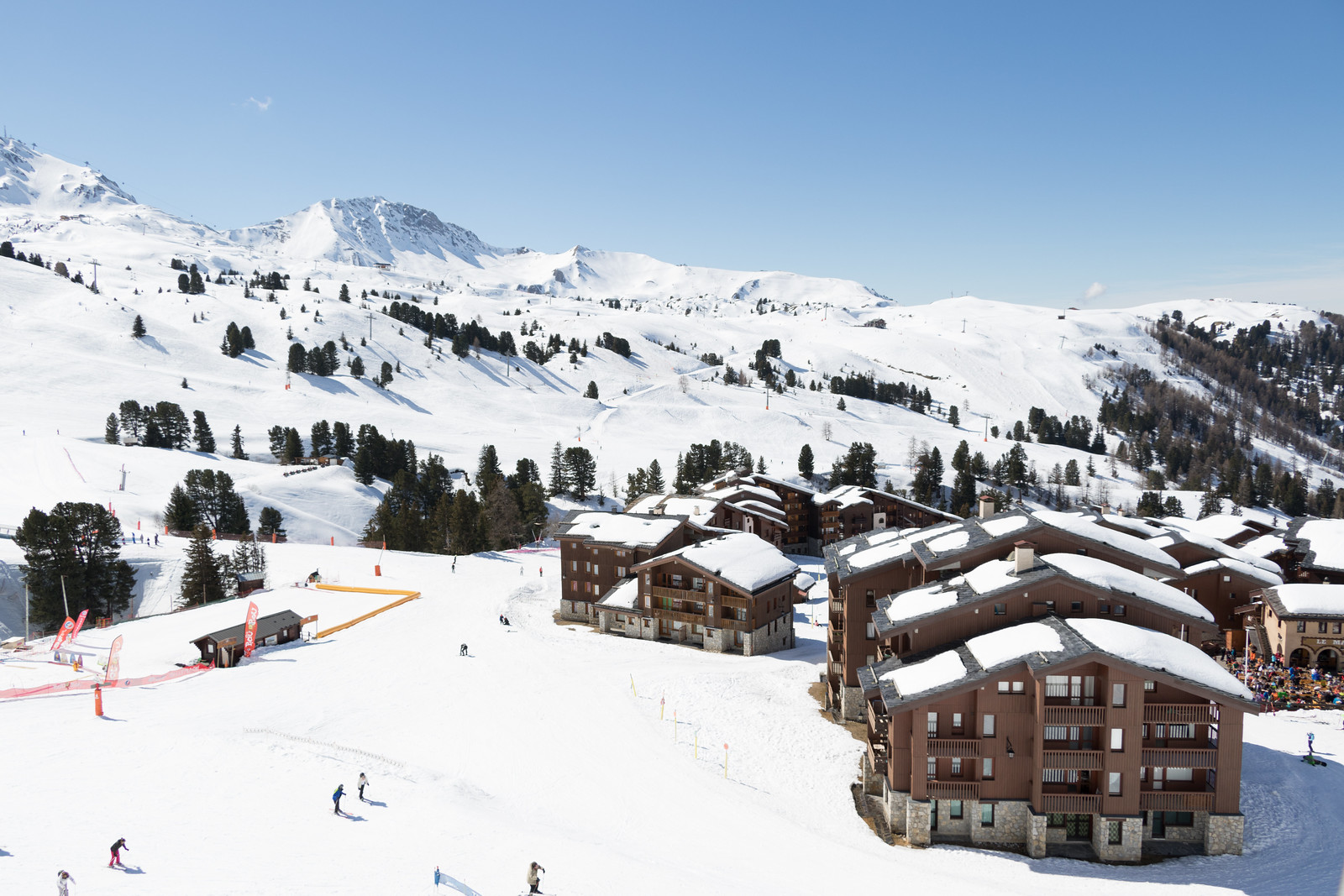 I didn’t have enough time to learn to ski or snowboard, but I was keen to head out walking and find some interesting spots on the mountain. Armed with my camera, walking boots and some borrowed ski poles, I set out to discover just how far one can go on foot from Les Coches.

It turns out that you can actually make it all the way up the resort’s biggest mountain, Bellecôte - but only if you take a 20km round trip between ski lifts on a cross-country trail.

When you finally get there, it feels like you’re on top of the world. 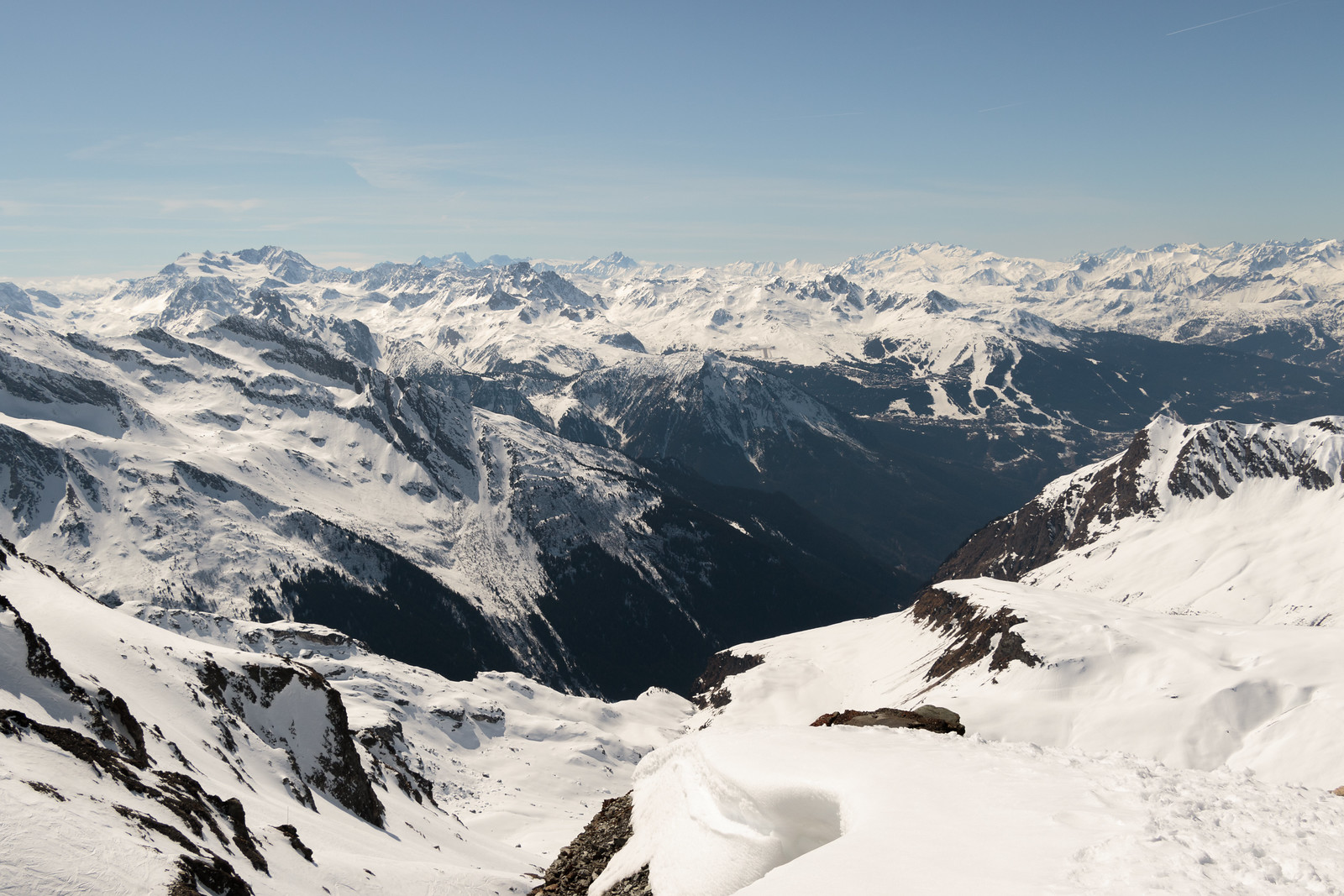 La Plagne is connected to neighboring ski resort Les Arcs by the Vanoise Express, a gigantic double-deck cableway dangling 380m above the valley below.

(At the time of writing, the Wikipedia article claims “the lift never stops with skiers on board”, which is comforting until you read the ‘citation needed’ label.)

If you’re on foot, the only way to reach the station is by hiking up through deep snow, which was a bit scary (and cold!). 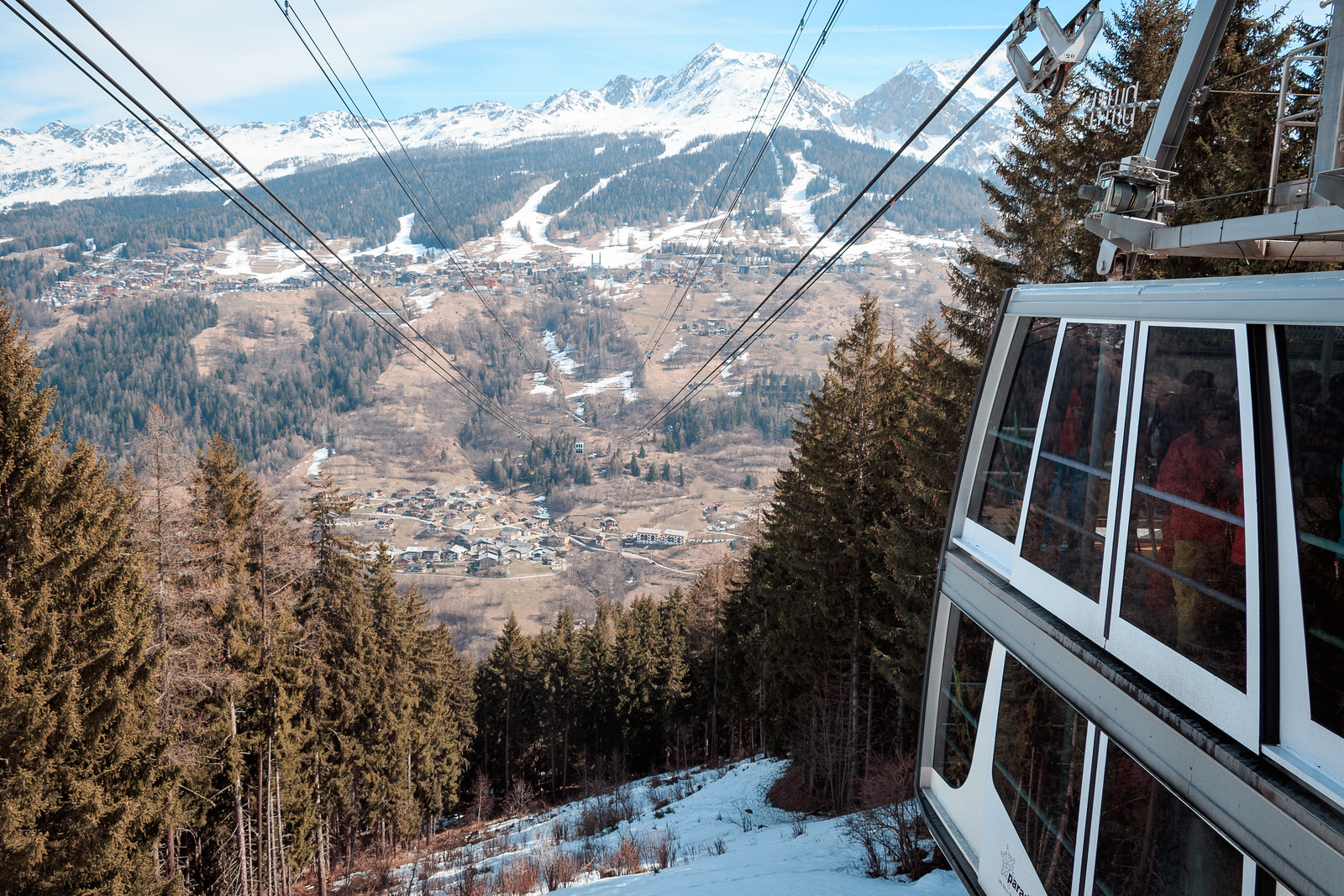 Here’s a picture of me on the return leg of the cross-country walk, in front of the Mont Blanc massif. We’re making the best of some tricky lighting conditions here. 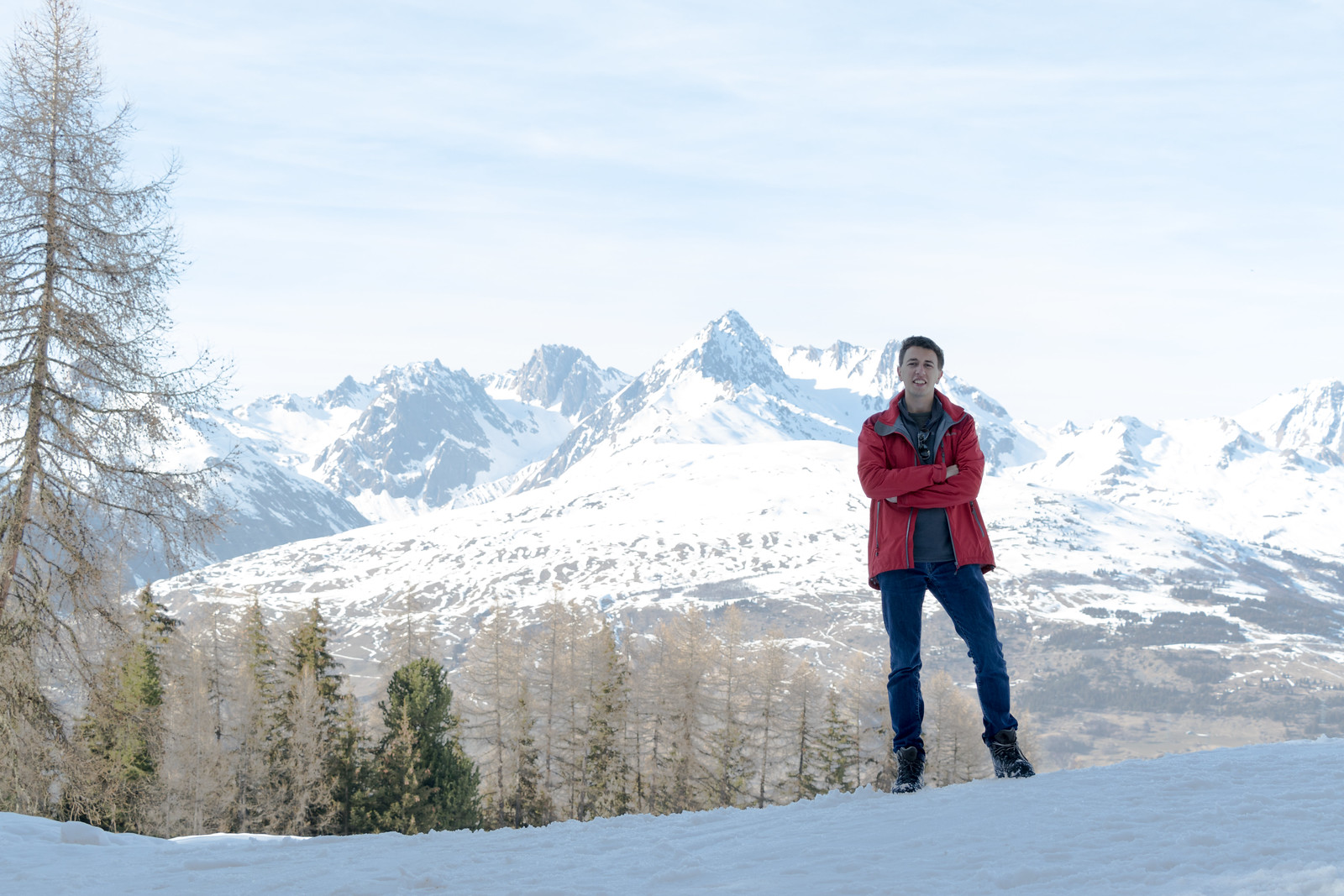 The final stop on my trip would be Geneva. More on that next time.