Well. That was the year that was.

I didn’t write yearnotes last year so I’m making up for it with extra-long notes this year.

Most of this year has been working on the New South Wales Government’s response to the pandemic.

Minister Dominello was brought into the crisis response early. This gave us the chance to get data on mobility, mental health, and the economy into the meetings where government was making big calls on restrictions.

I worked to get open data released on cases, tests and confirmed exposure locations. Even this week, as we go through a new wave, people are using it to build services to help you stay on top of venues with confirmed cases.

With the proliferation of QR codes and different venue check-in platforms, many with dubious privacy policies, we worked on building a check-in feature into the Service NSW app. The Minister asked Service NSW to build it and the team delivered it in about three weeks.

The team building the new nsw.gov.au website were able to launch the beta early - demonstrating the benefits of designing the government’s Covid information around user needs, not agency silos. 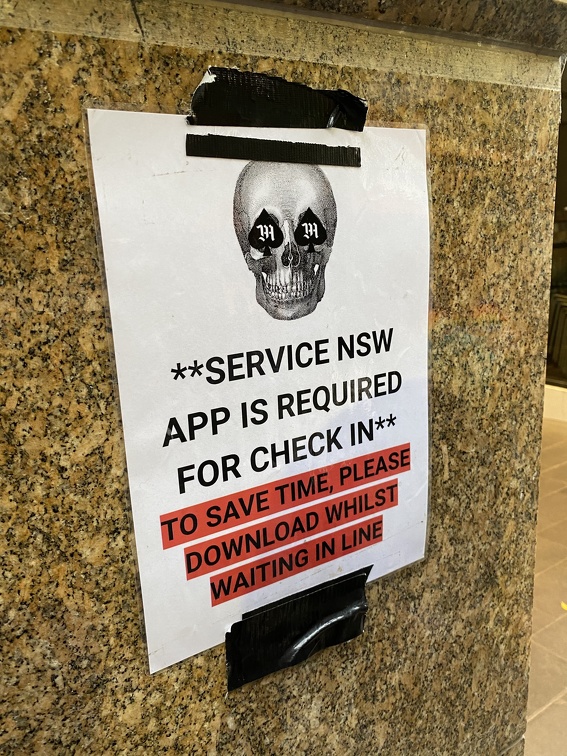 As part of the economic recovery, the government invested $1.6 billion into digital transformation through the Digital Restart Fund. It was a big milestone to get the legislation for the fund through the New South Wales Parliament. (As a result, I now have a mention in the Hansard along with the team that worked on the Bill).

We designed the funding process for the $1.6 billion to better suit agile digital services over big-bang waterfall IT projects, including a nominal cap of no more than $20 million at once. We recorded a 20-minute video to explain how it works.

This is an enormous shift for government and it will take many years to truly shift the culture - not just in agencies but in the Treasury too. So far it’s been a promising start. 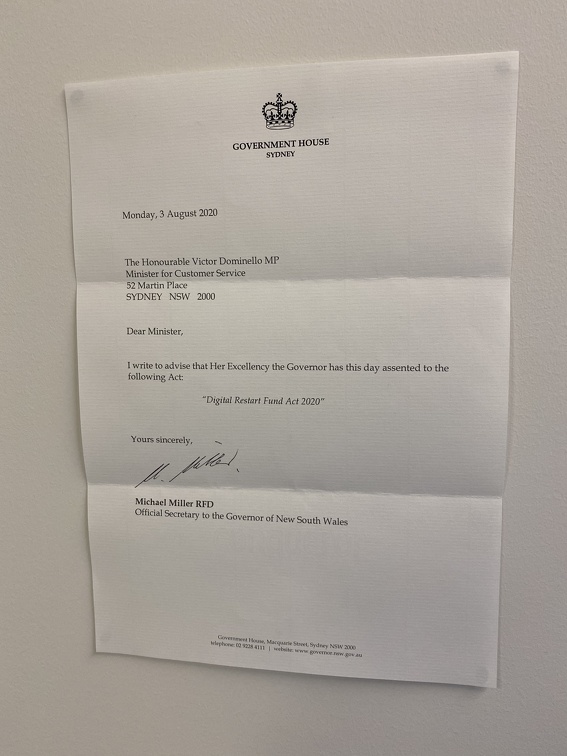 2020 was a big year in Australia for cyber security. I spent a lot of time with the great team in Cyber Security NSW, who play a whole-of-government role in building skills in agencies, and joining up the response when an incident happens.

We released a new cloud strategy that says the government will now choose public cloud by default for all new services. (It’s hard to believe it’s more than 7 years since the UK took this step.)

And we launched the government’s first AI strategy and announced the creation of a government-wide AI Review Committee, to give guidance on the appropriate use of AI across government services.

Before the pandemic, the Minister was usually speaking at two or three events every week. All these events then moved online and, on a good week, we had perhaps 5 or 6 different events.

Some of our earlier events were massively hacky. In one of our first, the camera had to be reset every 5 minutes during an event, and we just about made it work. But over the course of the year, we created a permanent set up that most people in the office can use themselves. 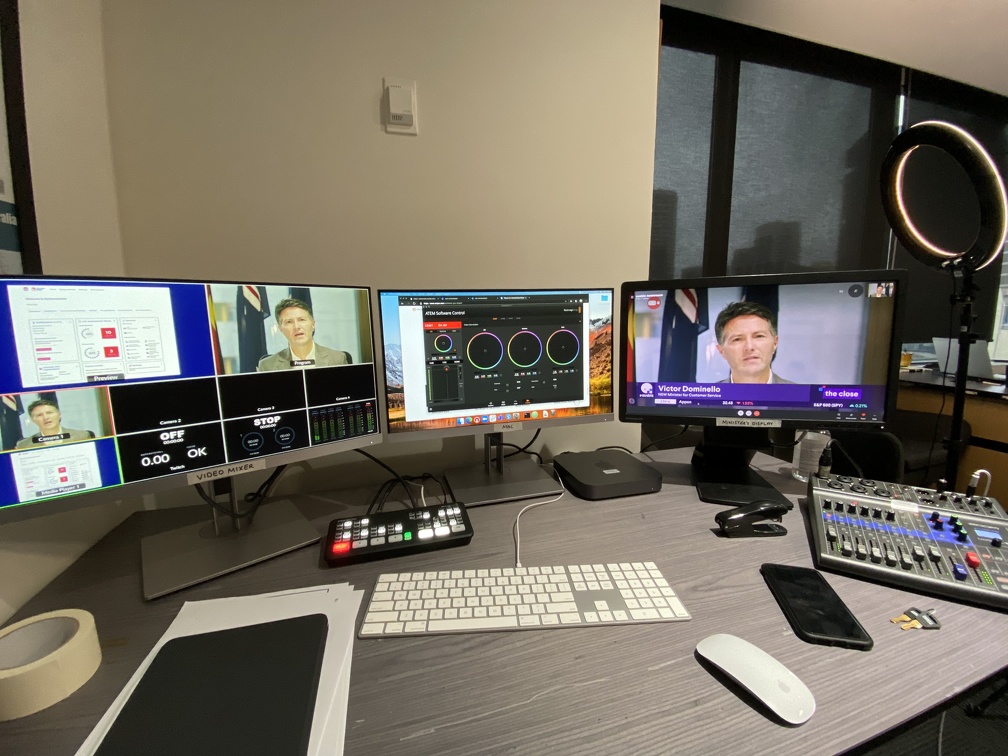 I’ve enjoyed writing many speeches this year, including a series of keynotes in the later months of the year that culminated in November’s Bradfield Oration.

In particular, we’ve been talking up the potential for digital in the economy - as it increases productivity and creates new jobs and industries.

After a great 18 months working with Minister Dominello, I’ve now left the New South Wales Government. I’m going back to the federal government - more on that soon.

If you work in digital government, I highly recommend a tour of duty in a minister’s office. It gives you a completely different perspective on transformation and the underlying people, processes and unwritten conventions for getting things done.

Work’s been so busy that there’s not a lot to write home about on the rest.

We lost Paul in January. It was sudden and unexpected. I often wonder what he would have thought about the pandemic this year.

It was an unashamedly poor year for reading. I finished a total of three books. I’ve started another two.

My running year has been on par with 2019. I ran 500km this year. That was two-thirds of my original goal, which I set before two running injuries and a pandemic.

Jess and I have amassed a good selection of board games this year. 7 Wonders is probably my favourite, but extra marks for Brass: Lancashire for bringing to life my neck o’th’woods in a good complex strategy game.

And I’ve gone back 10 years with my photo hosting this year, self-hosting my photos with the open source gallery Piwigo. Cheaper than Flickr and I don’t have to worry about whether they’ll still be around next year.

Not many photos, mind, owing to my camera being kept on standby in the office.

I built a few maps for the day job using Ractive, which was actually better than I expected. This also meant I had to learn Webpack, which was a bit more fraught but makes a lot of sense now.

For Rails, I have enjoyed using Stimulus.js for simple, progressively-enhanced JavaScript.

I’ve also experimented with Eleventy, which is a great and speedy static site generator.

Unsurprisingly, this year is the first that I haven’t had a trip back to the UK.

We’ve had a few trips down to Tuross Head, on the south coast of New South Wales. It’s quiet, beautiful and has great beaches. In the absence of proper holidays, it’s been a great retreat this year.

We’ve also had a few weekends in Canberra with friends. When I first came to Australia five years ago, I didn’t think much of Canberra. Since then, it’s grown on me quite a bit, and in 2021 we hope to move there for a little while. 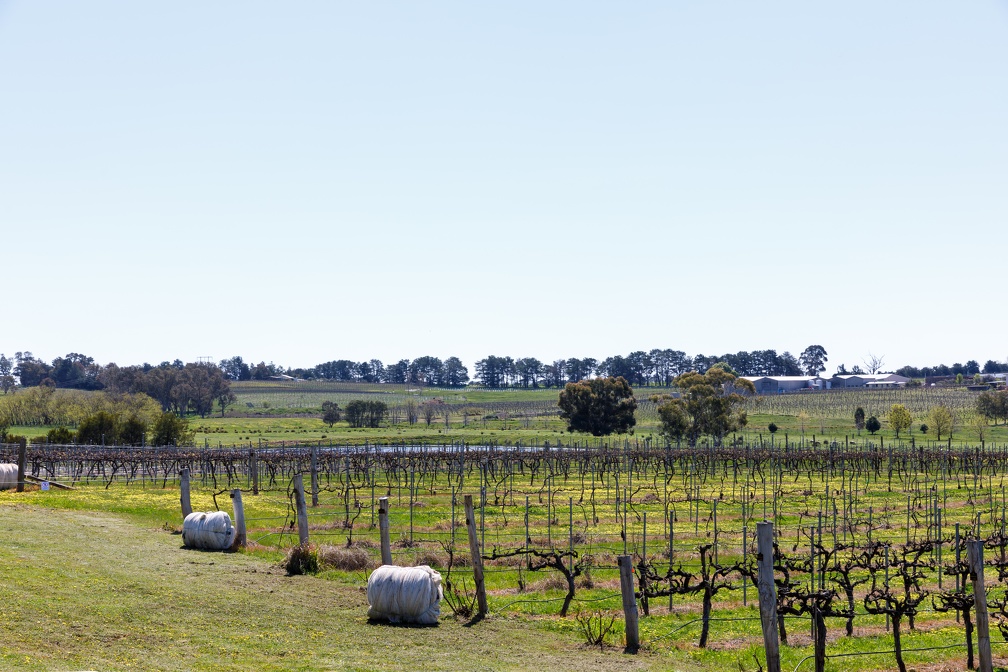 That’s it for 2020. In a year of unpredictability, I am very grateful that we have jobs, and that our family and friends are healthy and safe.

Jordan Hatch is a technologist and digital strategist based in Sydney, Australia. He's worked with governments in the UK, Europe, and Australia, but the posts here are made in a personal capacity.

Read more of his blog posts or contact him at [email protected].